Organic production is an overall system of farm management and food production that combines best environmental practices, a high level of biodiversity, the preservation of natural resources, the application of high animal welfare standards and a production method in line with the preference of certain consumers for products produced using natural substances and processes. The organic production method thus plays a dual societal role, where it on the one hand provides for a specific market responding to a consumer demand for organic products, and on the other hand delivers public goods contributing to the protection of the environment and animal welfare, as well as to rural development.

Important factor determining the size of organic product sector which is still relatively small in target markets is insufficient consumer awareness. Despite increased interest, majority of consumers in China and South Korea still lack of knowledge about organic production method and its value-added.

With the help of the Programme it is expected to achieve deeper consumer understanding of EU organic production method, value-added and benefits of EU organic farming making durable impact on the market.

The target countries were chosen as the hotspots of growth, contributing significantly to the attractiveness of the entire region, which has emerged as one of the most attractive markets worldwide over the past two decades. China and other East Asian nations show most promise over next two years. In fact, according to Bloomberg Best emerging markets, China and South Korea top the list with China standing first and South Korea second.

The market for organic products is experiencing rapid development in both target markets. China’s organic food market is still in the early stages of development. Domestic market in organic products began developing in the mid-2000s and has expanded very rapidly, with the emergence of new middle- and upper-class consumers, and fuelled by the past few years when stories of food scandals became prominent.

The main consumers of organic products are higher earning urbanites, therefore organic trend gained popularity in the first tier cities like Shanghai or Beijing first and is catching on in the second tier cities.

The current scenario in China and South Korea is very encouraging and conducive to organic suppliers – the room for organic food consumption remains big in both countries. Building customer confidence within the organic food market is now important if the sector is to ensure sustainable development. Given achievements of EU organic farming sector, European exporters are in a good position to succeed in these markets. Now is the time to pursue to take up advantageous position for capturing share in these markets by investing in information support to inform market participants about accomplishments of EU organic sector and build credible image for the EU organic production and logo, which would serve as a relevant competitive advantage. 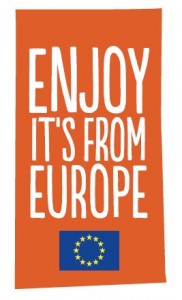